Raymond Ryan is the AA/AAT qualified PGA Professional here in Thurles Golf Club and is one of Ireland’s top coaches. Raymond was head professional at Athenry G.C. for ten years, and at various other clubs before moving back to his home club in 2015 where he learned how to play the game as a junior.

As a professional player, Raymond has won on the Irish PGA circuit and also represented Ireland abroad. In July 2018, Raymond Ryan shared the top spot at the Faithlegg Pro-Am with Neil O’Briain. Raymond won this same tournament 20 years ago and found his range again at the Co. Waterford venue.

Since turning pro in 1995, he has coached many players who have represented country, province, county and club. In the eight clubs he has worked in, pennants, national and provincial, can be seen as evidence of his influence on the various teams.

Raymond worked as the Professional in Athenry Golf Club for ten years, in Galway Bay Golf Resort seven years and has coach at various other clubs. 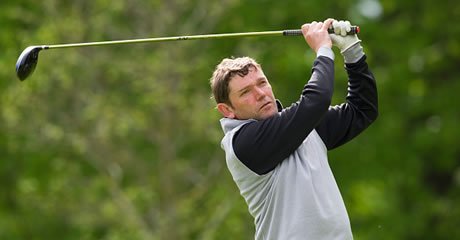 Raymond coaches all standards of golfer, from beginner to professional, regardless of physical ability. He promises to keep the game simple for people to understand. As he says himself, “never complicate any sport.” He is renowned as an excellent teaching Professional who communicates to his pupils in a simple and effective manner. Please call the Golf Club to arrange lessons.

Raymond invites all golfers, both members and visitors, to visit him in his well-stocked golf shop where you are guaranteed a warm and friendly welcome. He has a wide range of golf equipment and clothing available at very competitive prices.

Golf buggies, electric trolleys and ordinary trolleys are available to hire at all times. Please phone in advance to book a golf buggy.

You can find out more about which cookies we are using or switch them off in settings.

This website uses cookies so that we can provide you with the best user experience possible. Cookie information is stored in your browser and performs functions such as recognising you when you return to our website and helping our team to understand which sections of the website you find most interesting and useful.

Strictly Necessary Cookie should be enabled at all times so that we can save your preferences for cookie settings.

If you disable this cookie, we will not be able to save your preferences. This means that every time you visit this website you will need to enable or disable cookies again.